Jan 3, 2021 - New Release from uuue by Mike Yesterday, uuue self-released a new project, the Psychic Dollhouse EP, which sees the band working with shorter, more contained songs. Although the release is only five songs and about 18 minutes long, the band traverses a wide variety of sonic terrain and mood, which ranges from mellow on "Morris on Morris", to sinister on "Andromeda". This is another solid release from the band that showcases improved songwriting in this writer's humble opinion. They're hoping to have another full-length released by the end of the year and play some live shows as soon as the music scene is revived.

Dec 22, 2020 - uuue Live Performance from Dorchester Art Project by Mike Thanks to the cool Brain-Arts folks at Dorchester Art Project, uuue was able to record a short set last Sunday, in preparation for the release of their new Psychic Dollhouse EP, which should be live on their Bandcamp page by the end of the month. Check out the video of their latest psych-rock barrage:

Nov 1, 2020 - Halloween Show at Spooky Tree Headquarters by Mike What better time to have a Spooky Tree sponsored show than during Halloween? Yesterday, at headquarters in Hardwick, about 15 people showed up to watch uuue and Noise Nomads perform in a backyard show.The weather wasn't what we hoped for, but the energy was there, and the performances were great, although, at least one of the guitarists from uuue couldn't feel his fingers by the end of their set. 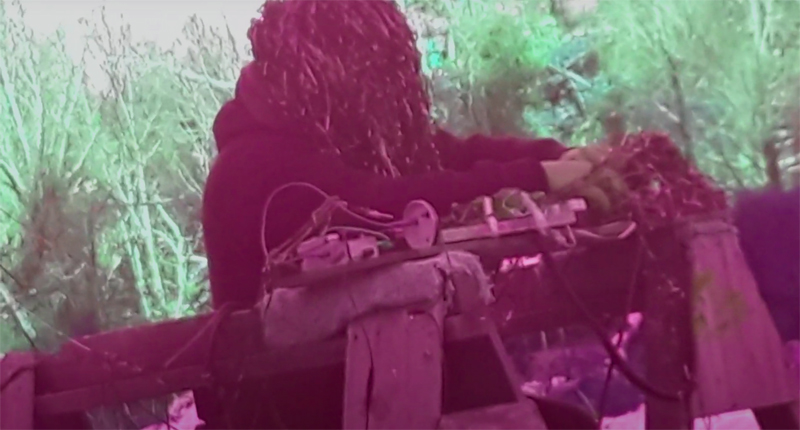 Unfortunately, the recording of uuue's performance was lost because of technical issues, but below is the performance of Noise Nomads, who's industrial and glitchy drone was sure to have caused a stir in the quiet neighborhood.